Posted at 08:29h in Past projects by idese
0 Likes
Share 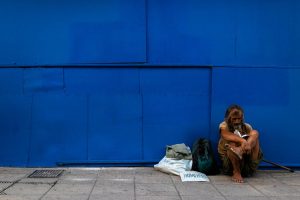 The project is about including people from rural communities into the creative part of work allowing them to demonstrate their capacity of perceiving inequalities, barriers and obstacles they meet in everyday life.

CELAP continues to work on the bridging of the communication between all important actors in the system of social protection in Serbia. This time we included people from rural communities into the creative part of work allowing them to demonstrate their capacity of perceiving inequalities, barriers and obstacles they meet in everyday life. Using a camera, girls, young women and women from rural areas complemented results and ethnographic materials made by our researchers during the previous research project. Their series of photographs represent the intersection of exclusion, poverty and gender that put them in a position of isolation and social neglect.

Our intention is to present these photos and complement them with discussions on the issue of social protection and security of citizens in the WB region and the European Union.

The exhibition will first travel to Rijeka. From September to December 2016, similar events will be organized in Skopje, Tirana, Niksic, Mitrovica and Berlin.

Join us in this action!

Project “Out of Sight: Poverty, Rurality, Gender” is prepared within the framework of the Regional Research Promotion Programme in the Western Balkans (RRPP). RRPP is coordinated and operated   by the Interfaculty Institute for Central and Eastern Europe (IICEE) at the University of Fribourg (Switzerland). The programme is fully funded by the Swiss Agency for Development and Cooperation (SDC), Federal Department of Foreign Affairs.