02 Jun THE ARCHITECTURAL CONCEPT: OBJECT OF REALITY AND SUBJECT OF ILLUSION

Posted at 10:29h in Publications by idese
0 Likes
Share

Despite the still relevant philosophical question, ‘what is a concept?’, architectural practice poses an only seemingly paradoxical, still more particular question: ‘what is an architectural concept’? This text draws on both fragments and fully-fleshed out philosophical theory to elaborate an architectural interpretation and application, but also seeking to destabilize and reconfigure its own philosophical grounds. It is therefore possible to read this book from the end, starting with its provisional conclusions, working back towards the text’s sources. The possibility of double reading indicates that the object here thematized is never in the present, but rather, by projecting into the future, it surpasses its own time.

Researching the architectural concept provides a philosophical-aesthetic platform for an epistemology and methodology of architectural design. The intention of this book is to present and elucidate the necessities and specificities of integrating current architectural theory and practice, aiming for the research results to become a basis for the construction of a new architectural platform – architectural philosophy. The same is true of new design methods, as the conditions of production of the new. The space of analogy between architecture and philosophy becomes the (self-)designing context for the creation of concepts. All creation is conditioned by the projection of concepts and their objectification, allowing us to speak of creation with concepts, creating by way of concepts, and creating through concepts. In architecture it is always a matter of creating something new.

Integrated into the overall structure and content of the text is a particular terminological structure, driven by the idea to define architectural terminology, as well as explain important philosophical concepts that determine both the philosophy and aesthetics of the architectural concept. In that sense, the book can be read as also elaborating a new architectural linguistic concept. 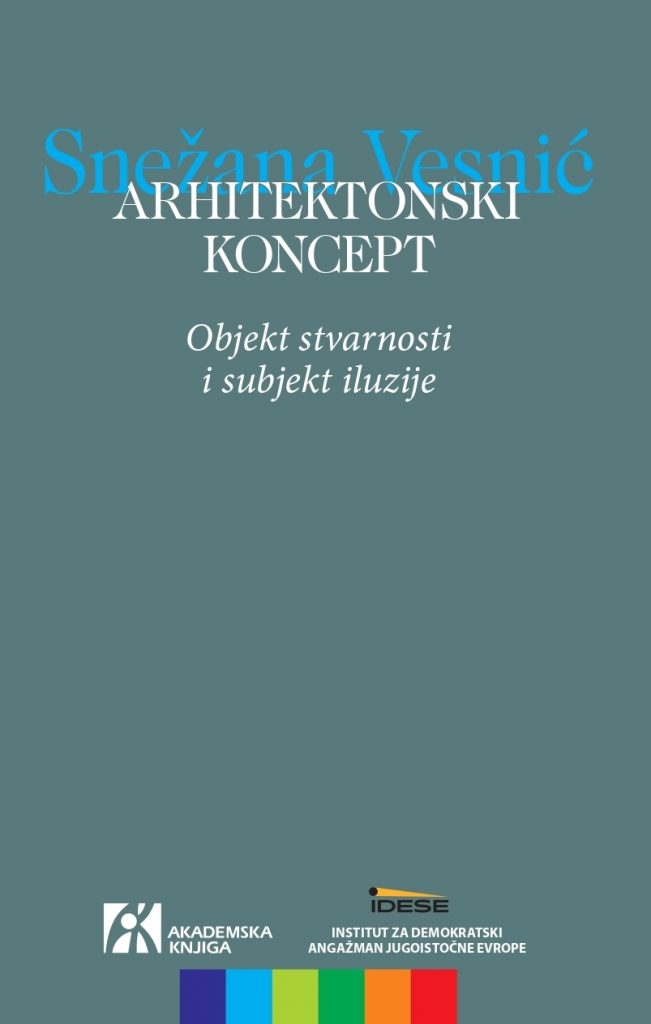