11 Nov ACADEMIA IN DIALOQUE IN THE CULTURAL CENTER MOSTAR

The Institute for Democratic Engagement Southeast Europe (IDESE) , in cooperation with the Friedrich Ebert Dialogue for Southeast Europe Foundation (FES SOE), organized a series of thematic seminars: Academia in Dialoque, aiming at initiating discussions with various target groups in the region, and creating new and constructive ideas for promoting democratic participation and general democratization of the region. Academia in Dialoque seminars took place at the Cultural Center in Mostar, from November 3rd to 5th.

Participants at the seminar in Mostar were: Member in the Federal Parliament of BiH and the youngest member of the SDP BiH Presidency, Lana Prlić, representative of the SDSM Youth Forum (Northern Macedonia) Nase Naseva, Vice President of the Civic Movement Ura from Montenegro, Jovana Marović, Secretary General of Young European Socialist (YES) Ana Pirtskhalava and participants from other countries in the region, who discussed the current political situation in the region, problems and stereotypes they face in public space and shared practical experiences that can bring change.

The seminar continued with a panel discussion with Lana Prlić, activist Amna Popovac and Sasa Vasić on behalf of the organizers.

Vedran Džihić (IDESE) spoke openly in the first interactive part of the seminar about the current political situation in Bosnia and Herzegovina and the region. According to him, the democratization process has so far failed:

,,We have 25 years of production of rigid nationalisms and authoritarian political parties, closed societies. Neither the European nor the international community has succeeded in what they set in the late 1990s when the process of Europeanisation began. The socio-economic situation in BiH is catastrophic after the pandemic, and the medical system has collapsed. People are fleeing the country” he explains.

“If we follow the narrative that is presented to us in the political sphere as dominant, and that is nationalistic, we do not have room to see the possibility of another thinking. ”

Džihić says that the essential problem of the citizens is of a completely different nature and that we must start deconstructing that dominant discourse. Then, new progressive young forces with new ideas appear.

The FES Regional Youth Study shows that young people in the region need space and dialogue to build trust in political engagement and political action, in order to achieve greater participation of young people in decision-making processes. Following this event, the Foundation will publish conclusions and guidelines that can help achieve a new policy in Southeast Europe. 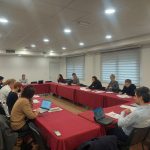 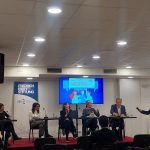 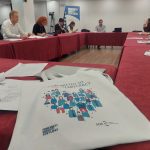