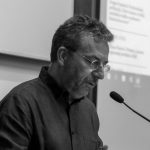 IDESE PRESIDENT;
PROGRAM BOARD FOR ETHICS,
LAW AND APPLIED PHILOSOPHY 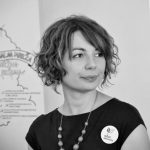 EXECUTIVE BOARD;
PROGRAM BOARD FOR DEMOCRACY

Gazela Pudar Draško is a Research Fellow and President of Scientific Council at the Institute for Philosophy and Social Theory, University of Belgrade.

She received her PhD at the Faculty of Philosophy, University of Belgrade, working on the themes of nationalism and intellectual engagement. Gazela was engaged as consultant and researcher in numerous projects with international organizations and national think tanks (Westminster Foundation for Democracy, Friedrich Ebert Stiftung, UNDP, UNHCR, Council of Europe etc). She is currently engaged as a researcher on the Jean Monnet Network “Active Citizenship: Promoting and Advancing Innovative Democratic Practices in The Western Balkans” and Horizons 2020 project “Enlightened trust: An examination of trust and distrust in governance – conditions, effects and remedies”. She is a national coordinator of the project “[Cure] Cultures of Rejection: Conditions of Acceptability in Socio-Spatial and Digital Environments in Contemporary Europe” funded by Volkswagen Foundation.

EXECUTIVE BOARD;
PROGRAM BOARD FOR DEMOCRACY

He has been Austrian Marshall Plan Fellow and is currently non-resident Fellow at the Center for Transatlantic Relations, School of Advanced International Studies, John Hopkins University, Washington D.C. Dzihic teaches MA courses at the MA Human Rights and the MA Balkan-Studies at the University in Vienna. Dzihic is member of BIEPAG (Balkans in Europe Policy Advisory Group) and advisory board member of European Forum Alpbach. He is an author of 4 monographs, numerous book chapters, scholarly, policy papers and op-eds on various topics. He is regularly contributing to Austrian, Western Balkans’ and international media. 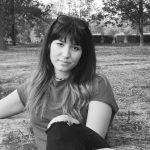 Dušanka Milosavljević graduated in sociology at the Faculty of Philosophy, University of Belgrade, and mastered integrated urbanism at the Faculty of Architecture, University of Belgrade, working on urban acupuncture and the relationship between physical space and social relations. She works as the executive editor of the Serbian edition of Le Monde diplomatique magazine.

During her studies, she was engaged in numerous researches at the Institute for Sociological Research in Belgrade. She started her activism in the Self-Organized Student Movement, and for years has been active in numerous progressive initiatives  dealing with the right to housing, education, public goods and common spaces. She is currently engaged in starting a feminist magazine, as well as in the project of the Self-Education University Svetozar Markovic: “Workers, activists, theorists”. Dušanka is interested in social engagement, participatory urbanism, the relationship between spatial practices and solidarity in social relations. 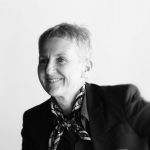 Sanja Bojanić is an Executive Director of the Center for Advanced Studies for Southeast Europe (CAS SEE) at the University of Rijeka.

Graduating philosophy in Belgrade, she continues PhD studies at the University of Paris 8 engaging in comparative literature, gender studies as well theories of media and new technologies. Her studies led her to interdisciplinary research based on experimental artistic practices but also queer studies and particularities of the Affect Theory. She worked, inter alia, at the Institut National d’Histoire de l’Art (Louvre, Paris), at the Nouvel Observateur (Paris) and at the Laboratory for Evaluation and Development of Digital Editing at the Maison des Sciences de l’Homme (Paris Nord, St. Denis).

Starting from 2010, she mentored and supervised several field studies and projects on gender, education, family and poverty, patronized by the Swiss Agency for Higher Education and Regional Research Promotion Program, aimed at fostering and promoting social science research in the Western Balkans. In 2014, she and her team launched a project on building and strengthening Family-School Partnership in Serbia and Vojvodina financed by the Norwegian Ministry of Foreign Affairs. From 2016 she led the project “Gender in Changing Society” within the Impulse Initiative – The New Cooperation for Higher Education“, financed by the Austrian Agency for International Cooperation in Education and Research (OeAD-GmbH). 2018 marked a year when she started the project “Diversity Mixer” funded by the Program on rights, equality and citizenship of the European Union (2014-2020) but also “Rights at Work, Work on Rights” funded by the Erasmus+ Programme, with partners from Trade Unions in Serbia, Montenegro, Macedonia, Slovak Republic and Bosnia and Herzegovina. “[Cure] Cultures of Rejection: Conditions of Acceptability in Socio-Spatial and Digital Environments in Contemporary Europe” project funded by Volkswagen Foundation and SPEAR project – Supporting and Implementing Plans for Gender Equality in Academia and Research funded by EU Horizon2020 Programme started in 2019. 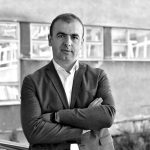 REGIONAL COOPERATION BOARD;
PROGRAM BOARD FOR DEMOCRACY

Associate Professor and the Dean of the Faculty of Political Science of the University of Sarajevo
in Bosnia and Herzegovina. He received his PhD at the University of Sarajevo researching on
critical geopolitics. Sead lectures on geopolitics, international security, and international conflict
management; and, along with these topics, also research state-building, violent radicalization
and foreign influences in the Western Balkans. He worked as consultant for numerous
international organizations (OSCE, IOM, International Republican Institute, Friedrich Ebert
Stiftung. Sead is currently lead researcher for Bosnia and Herzegovina in Horizon2020 project
“Preventing and Addressing Violent Extremism through Community Resilience in the
Balkans and MENA (PAVE)”; researcher in Horizon2020 project “CONtexts of extremism iN
mEna and balKan socieTies (CONNEKT)”; Jean Monnet Network “Active Citizenship:
promoting and advancing innovative democratic practices in the Western Balkans”, and “Academic
network supporting EU policies towards Western Balkans with emphasis on regional
cooperation based on reconciliation – ANETREC”. 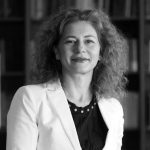 Scientific associate in the Institute for Development and International Relations in Zagreb.
She holds a PhD in political science from the European University Institute in Florence (2003)
and has earned two Masters degrees – in international relations from the University of Zagreb
(1999) and in peace studies from the University of Notre Dame, USA (1996). She is editor-in-
chief of the Croatian International Relations Review and is the external teacher at the Faculty of
Political Science, University of Zagreb. Senada is the author of a monograph State Building
under Foreign Supervision: Intervention in Bosnia and Herzegovina 1996-2003, book chapters
and articles. She worked previously for the government, in diplomacy, for an international
organization, and in business. Senada received several distinguished academic grants, the most
recent the Fulbright Scholars’ Program Fellowship in 2011.
Senada Šelo Šabić is editor-in-chief of the Croatian International Relations Review and is a
teacher at the University of Zagreb.
Field of interest: Croatian foreign policy, Southeast Europe, EU enlargement, development
cooperation and migration
E-mail: 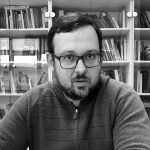 Nenad Markovikj is an associate professor and head of the political science department of
the Law Faculty “Justinian I” – Ss. Cyril and Methodius University in Skopje. He is one of the
founders and a senior researcher in the Skopje-based think tank, the Institute for Democracy
“Societas Civilis” – Skopje (IDSCS). Prof. Markovikj is a member of the editorial board of the
quarterly journal “Political thought”, a biannual academic journal published by the Konrad
Adenauer Foundation – Macedonia and IDSCS. From 2016 to 2019, he was the president of
the Macedonian Political Science Association (MPSA) and one of the founders of the Balkan
Political Science Association (BPSA). 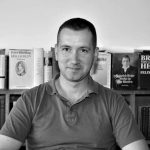 Research Fellow at the Institute for Philosophy and Social Theory of the University of Belgrade
with a PhD in Southeast European Studies from the University of Nottingham.
He has extensive project experience and is currently engaged as principal investigator for Serbia
on a Jean Monnet project Democratization and Reconciliation in the Western Balkans and as an
MC member at the COST action ENTAN. He was a visiting fellow at the Centre for Southeast
European Studies in Graz, New Europe College in Bucharest, Albanian Institute for International
Studies in Tirana and OSA Arhivum in Budapest. He received several scholarships and awards,
such as: Civil Society Scholar Award, Stipendien der Republik Österreich, Global Supplementary
Grant, Overseas Research Students Award for England, Visegrad scholarship at OSA etc. He
published Imaginarni Albanac (IFDT: Belgrade, 2019) and Epika i politika (Beograd: XX vek,
2014), and co-edited Rethinking Serbian-Albanian Relations: Figuring out the Enemy (New York:
Routledge 2019), Figura neprijatelja: preosmišljavanje srpsko-albanskih odnosa (Beton/IFDT:
Belgrade, 2015; Albanian edition: Figura e armikut: ripërfytyrimi i marrëdhënieve shqiptaro-serbe)
and Politics of Enmity (Belgrade: IFDT/Donat Graf, 2018).
His main research interests include cultural history of the Balkans, Serbian and Balkan oral and
written tradition, Serbian-Albanian relations and traditional Balkan society.
E-mail:
aleksandar.pavlovic@instifdt.bg.ac.rs
pavlaleks@gmail.com 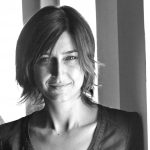 PROGRAM BOARD FOR
CITY AND ARCHITECTURE CHAIR

Since graduating at Belgrade University Faculty of Architecture in 2000, Snežana Vesnić held
senior positions in large corporations and has worked on many architectural and urban planning
projects. Snežana worked as expert for NALED (National Alliance for Local Economic
Development) with focus on education and implementation the Law on Planning and
Construction. At the same time, she developed her own architectural practice (Neoarhitekti,
Belgrade) and significantly, number of these projects have been recognised and won awards and
commendations (two nominations for the Mies van der Rohe Award, 2009 and 2019). Snežana is
involved in scientific research in the field of architectural philosophy and aesthetic. She is
currently working as an assistant lecturer at the Department of Architecture, Faculty of
Architecture, University of Belgrade. Received her PhD in 2018 at the same Faculty, with a thesis
“Philosophy and Aesthetics of the Architectural Concept: Object of Reality and Object of Illusion”.
Finished Postdoctoral studies on University of Rijeka, Center for Advanced Studies of Southeast
Europe. 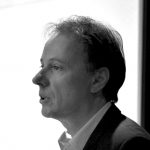 PROGRAM BOARD FOR
CITY AND ARCHITECTURE

Dean of the Faculty of Architecture, and Professor in the field of Urban Design and Urban Morphology at the University of Belgrade.

Actively engaged in urban design and urban planning in Serbia, he received several national and international awards for his work. Editor of the SAJ (Serbian Architecture Journal) and the author and editor of a variety of books and articles from the domain of urbanism, architecture and philosophy.

PROGRAM BOARD FOR
CITY AND ARCHITECTURE

Miloš Ćipranić is a theoretician of spatial arts and member of the Institute for Philosophy and Social
Theory, University of Belgrade. His principal field of investigations is relationship between space and
artwork, as well as image and discourse. Studied Art History at the Faculty of Philosophy in Belgrade
and his PhD thesis is about Ancient Greek and Roman architectural descriptions. Published articles in
academic journals such as Rivista di estetica and Escritura e imagen. 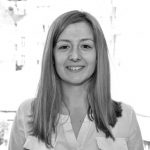 PROGRAM BOARD FOR
GENDER ACTION

Jelena Ćeriman (PhD in Sociology) is a Research Fellow at the Institute for Philosophy and Social Theory of the University of Belgrade. Her research work focuses on comparative interdisciplinary studies on family practices, education and social support to citizens in southern European countries. She is also interested on how gender interacts with other categories such as violence and sexuality of youth and adults. Her current research interests lie in the civil society studies and protest movements in the European semi-periphery (she is a Project Coordinator for Serbia on the project Disobedient Democracy 2016-2021). She is also engaged in the Horizont2020 research project “Enlightened trust: An examination of trust and distrust in governance – conditions, effects and remedies”.

Jelena Ceriman has a strong collaboration with the international scientific community through project activities, regarding the links between theory and practice in the above mentioned research areas. 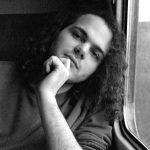 PROGRAM BOARD FOR ETHICS,
LAW AND APPLIED PHILOSOPHY

Igor Cvejić is a Research Fellow at the Institute for philosophy and social theory, University
of Belgrade. He earned PhD in philosophy at the University of Belgrade with the thesis
entitled “Kant’s theory of feeling”. Beside his interest in Kant’s philosophy, the area of his
research includes philosophy of emotions, social engagement studies and issues of
collective intentionality and social ontology. He published various articles on this topic
including one book Irreducibility of the Faculty of Feeling (Nesvodivost sposobnosti osećanja,
2018).
Fields of interest: Philosophy of emotions, aesthetics, collective intentionality, social
engagement studies. 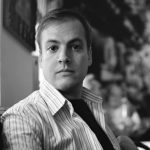 PROGRAM BOARD FOR ETHICS,
LAW AND APPLIED PHILOSOPHY